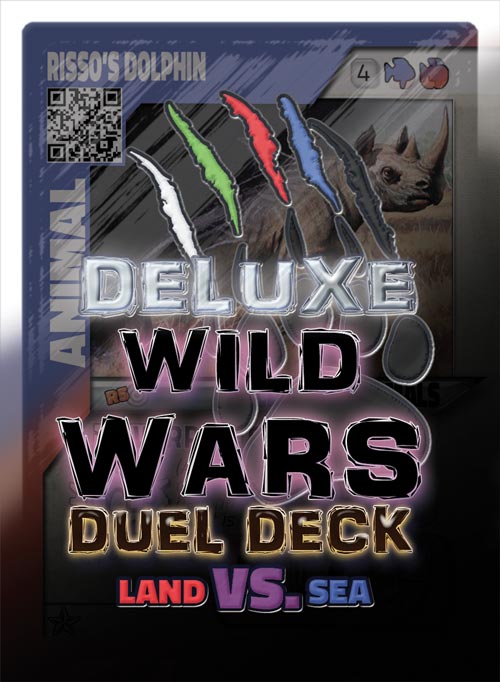 As some of you know, the World of Depleted never sleeps and it’s been the home for a number of new projects, including the Gray Eyes of Death novel.  Now it branches out into a game that shows players of all ages how powerful nature can be in the vacuum of man!

The brainchild of MicroFilmmaker Designs, Wild Wars is a game that pits surviving generals against one another through an army of animals they’ve each helped train in the time after The Fall.  The reward is a new place to survive in and all the animals and abilities are based on real world animals and science.  While the beginner game has the player act as the general, in the advanced game, General cards represent the player and provide special abilities to the armies they command.

While the game is designed for all ages, fans of Depleted will find hidden generals they’ll recognize like: Gavin Hesterdale, Croc Graham, and Jenna Whitmore!

The game is currently available with multiple decks at DriveThru RPG.  Get more info about the game at WildWarsGame.Com.