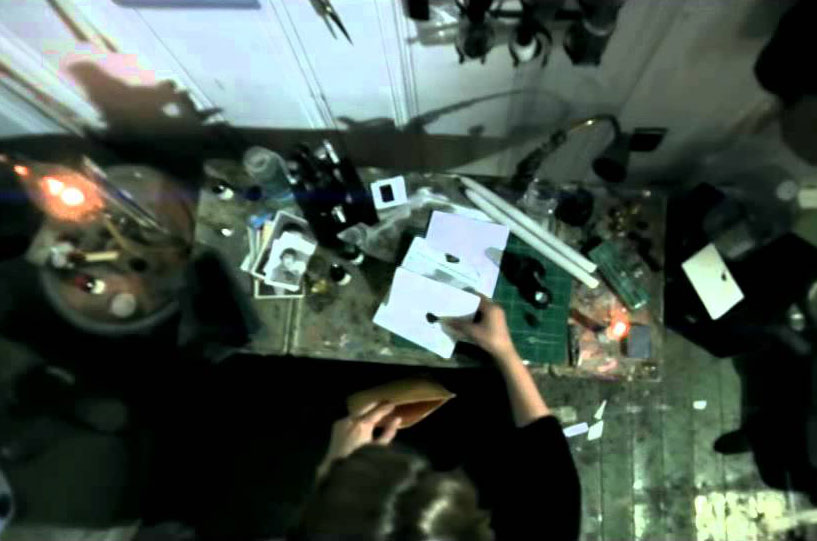 If you missed the hidden file for the Day 419 epilogue, you’re not alone!  However, fortunately, for you, it’s now available for free download in our Written Content Section in epub and PDF format!

If it’s been awhile since you’ve watched the Day 419 story, be sure to check it out below!

In perhaps the most laid back shoot day of the week, a skeleton crew from the Depleted feature made their way around Kentucky, from small forested trails (in which director Jeremy Hanke participated in a small cameo scene) to abandoned gas stations. Hanke had this to say, “Many of the shots we’re acquiring today will help tell some of the things that Jenna Whitmore survived after the Fall, before she reached Maysbridge [the main location in Day 419].” The images I was able to see looked very cool and we’re excited to see how it all looks when the film comes out, currently slated for either Q4 2012 or Q1 2013. (Clearly if it’s the latter they hold no truck with the Mayans predicting the Fall!)

An Abandoned Service Station Set the Stage for a Dynamic Scene in the Upcoming Depleted Feature and Spec Trailer.

In an Abandoned, Overgrown Road, Jenna Will Come Face to Face with the Despair of a Post-Fall Man.

The folks at Depleted have been burning the midnight oil on new updates for our viewing excitement:

We’ve been working hard on the effects both for Depleted: Day 419, but also for effects which will be used in the feature film and on a sizzle reel for the World of Depleted franchise, to give folks a feel for the wide reach it has and to get the creative juices flowing of fans and contributors.

The following video showcases a scene from the sizzle reel where Jenna deploys a remote control bomb as she and Andre Flanagan walk away from the site.  Composited in After Effects, this explosion utilizes multiple elements found in Action Essentials 2 (created by Video Copilot and marketed by Toolfarm).

The brilliant Gavin Hesterdale was the investigative journalist who trained Jenna Whitmore.   A year before the Fall, Gavin had a religious experience and started having prophetic visions of the future.  He spoke of a “lawless apocalypse” and a future cataclysm that would rend man to his very foundations.  Unfortunately, no one would listen to him.  Cut off from the rest of humanity, he became a hermit who lives in the wilderness, attempting to master the ways to survive.

His journal gives insight into the things he knew were coming and the information that can help you survive the reality of the Fall.  The ink and chalk drawings from his dreams, give a chilling look at what is to come!

Read it all in the new:

The secret of Jenna’s enigmatic mentor, Gavin Hesterdale, and his amazing predictions of the Fall will begin to be revealed starting on Monday, July 19th. Only by knowing how it all began, can you hope to survive the way it will end!

Our extremely talented graphic designer, Craig McDaniel, has created some new rough poster designs for Depleted: Day 419!  As such, we wanted to let you take a look at them here!

Photos are from our last photoshoot and were taken by photographer Nate Eckelbarger.  Featured in them are Kat Carney (as Jenna Whitmore), Tim Smith (as Andre Flanagan), Eric Henninger (as Nash Fitch), and Dave Haney (as James Rockland).

We concluded the Depleted: Day 419 pickup shoot on Sunday with a truly hellish shoot day.  The day was set to begin at Noon and go until Sunday, with a fairly reasonable driving related shoot.  However, rain pushed back the shooting until after 1 PM.  We then pushed into the dialogue sequences that we needed to record between Jenna (Kat Carney) and Andre (Tim Smith).  DP Nate Eckelbarger managed to come up with an extremely creative way to capture the shot which also permitted us to set up our “video village” (laptop and GV ADVC 110 video converter) on the truck’s inverter.  However, the shot took longer than expected and the inverter failed to shut down before the battery on the truck was drained!  As such, the truck refused to start and had to be jumped in order for us to get the next shot!

Unfortunately, the next shot proved to be an absolute bear.  The truck couldn’t back out of the parking spot it was in, so most of the entire crew ran down to try to push the truck out of its parking place.  (As I was trapped with the video village, I managed to snag some footage of this amusing scene, as did de facto videographer and co-star Eric Henninger!  The footage will likely find its way into easter eggs and DVD extras later on!  To see a sneak peak of this footage with Kat Carney’s thoughts on low-budget filmmaking, check out this YouTube video.)   Eventually we managed to get the truck finagled so we could capture the next shot and we moved on to our next location: a nearly abandoned intersection in the college town of Wilmore, KY (which is all but empty in the summer).  Despite all of the work we had put into finding a location that had nobody around it, the intersection was busier than Time’s Square.  Fortunately, the adroit fingers of Eckelbarger managed to snag a golden shot in the midst of the chaos.  (At that point, I finally stopped asking people to help me commit sepuku on the hot street corner!)

By the time we managed to work on our actual driving shots, we only had an hour and a half to get all of them.  Undeterred, the Director and DP jumped in the back of the picture truck with the camera rig and recorded driving shots that way.  From time to time, at a particularly picturesque location, the two would have the actors stop the truck so they could exit, setup the camera, and grab a tracking shot from the roadside.  In the end, the shoot day was made!  However, everyone was badly sunburned, especially yours truly, as I had neglected to reapply any sunblock on my head or even apply any to my arms!

Jenna Whitmore originally was slated to carry a Glock 17, which was switched to the Beretta M9 featured in this early photo, but then was switched back to the Glock 17. 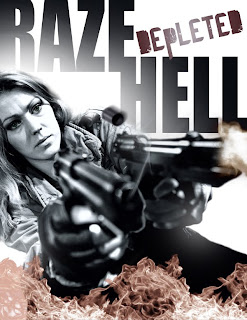 As we’ve progressed forward with Depleted, we’ve begun to flesh out the elements of a Depleted feature which we plan to shoot in May, 2011. Jeremy Hanke will be writing and directing it, as well. The film will follow Jenna Whitmore and her five companions as they make their way through the destroyed remnants of the United States of America to board the last ship. The feature will be packed with action and is currently slated to be shot with the RED Scarlet fixed lens and the Redrock Micro M2Encore system, provided the camera is available for use at that point. The Depleted: Day 419 film is slated to be shot in May, 2010 on the HVX200 with Redrock Micro M2Encore lens adapter setup. Casting will be done in April with a general casting call. Web designer Joel Robertson is kindly coming on to help with the website for the World of Depleted. Marketing specialist, Sheri Candler, is offering her expert help as we look forward to marketing both the feature and the World of Depleted itself.

The beautiful and talented Kat Carney is coming on board to portray Jenna Whitmore, both in the short and in the feature. Director Jeremy Hanke had directed her on Eric Henninger’s film, Collide, and had been extremely impressed with her presence and passion on that film. She also starred in Tom Stern’s film, Lives Left. (Tom Stern’s brilliant technical reviews have been frequent contributions to MFM throughout the years.)